The Triester Neighbourhood is a multi-ethnic low-income neighbourhood in the south of Graz, Austria. It is a target area for community work. The neighbourhood doesn’t have a good reputation all over the city although people like living there.

For RESISTIRÉ three green area of different kind were chosen to be (re-)vitalised. There are located closely together. 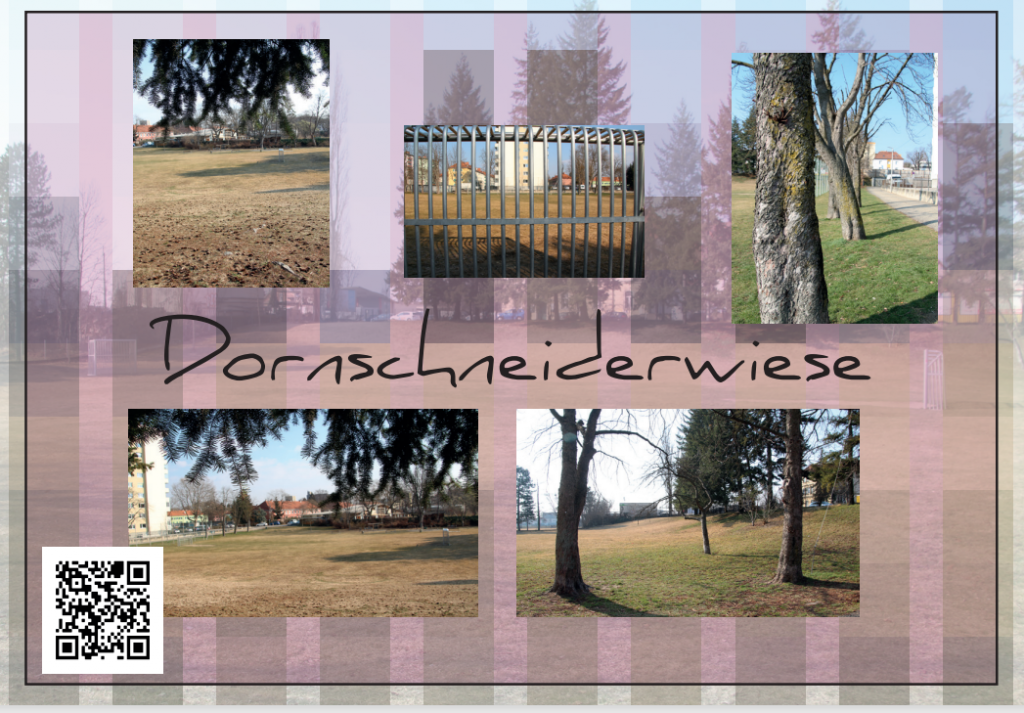 One area is a sports and play ground which is in rather poor condition. Users – especially young migrant men – are dissatisfied with the equipment and infrastructure there. Women are hardly seen. The young people there are target of regularly control by the police. Efforts so far to improve the green space came to nothing.

A second area belongs to an apartment building but is publicly accessible and is situated next to a farmers market. The latter has a declining development and lacks of demand. The quality of staying there is poor. There is a lack of an infrastructure that invites for a longer stay. No one actually uses this area except for a few residence of the neighbouring apartment building.

The third area is a park which provides enough space for different usages but which is also barely used. Conflicts exists among residents and dog owners, who do not take care of noise in the night. Else, users and residents – according to a first survey – miss also some infrastructure that might attract them.

In the course of the revitalisation of this green area, users groups for each area are identified and asked to join a board of users which reflects on activities for these green areas in order to make them more attractive for different users groups. The interests and ideas of women, young people (young women), elderly people and those with migrant backgrounds are considered to be of special interest. Additionally to the board of users and an alliance of care has been set up which consists of local organisations and other stakeholders such as the youth street work. This alliance is supposed to support in the establishment of the contact to local residents and to assist in the provision of the program (based on the ideas of the board of users).

Between May and August 2022 three different series of activities should be implemented on each green area (9 in total). These activities are supposed to meet the needs and interests of the (potential) users of these green areas. They are also supposed to increase the overall interest among residence to go to these green areas. In the course of the program upcoming conflicts should be resolved by conflict mediation. A third purpose of the initiated and co-created activities is to participatory re-design these areas. The infrastructural concept developed should be handed over to the city officials. One measure for the phase beyond the project is to secure the continuance of the program and the implementation of the infrastructural concepts developed.

Go back to Pilots page
Find out more about Transition Graz