Paris as a 15-minute city 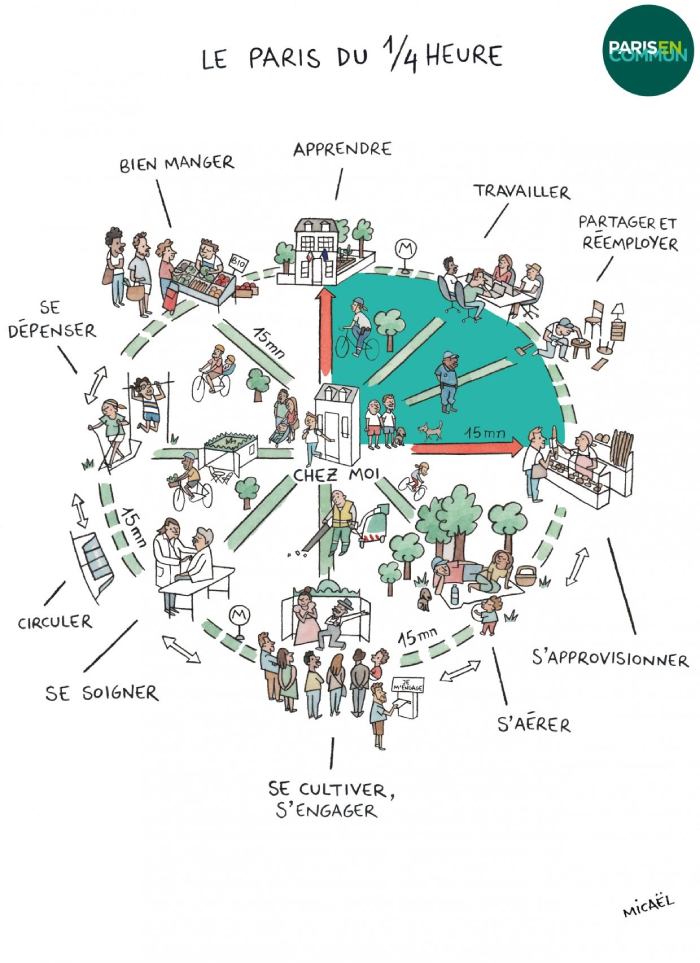 To alleviate the impacts of COVID-19 policies, many initiatives have been developed by civil society organisations – NGOs, local governments, or citizens. A team of national researchers from the RESISTIRÉ project has collected and highlighted a set of particularly relevant initiatives in 27 European countries and in Iceland, Serbia, the United Kingdom and Turkey. The initiatives currently cover eight specific domains: gender-based violence, the labour market, the economy, gender-pay and pension gaps, gender care gaps, decision-making and politics, environmental justice, human and fundamental rights.

This Better Story was collected by Aart Kerremans.

The City of Paris is carrying out far-reaching measures to become a ’15-minute city’, meaning that inhabitants should be able to reach whatever facilities they need within a 15-minute walk from their home. During the pandemic, it was touted as a way to sustainably reinvigorate life in an urban setting, as it should provide for the creation of more (green) public space, promote healthy lifestyles, and strengthen community networks. Implementation of a number of measures has already started, with prominent squares in Paris having been upgraded with more green (primarily trees) and more room having been kept free for pedestrians. Certain areas have been repaved with new bicycle lanes, so-called ‘coronapistes’, to improve the cycling experience across Paris during the pandemic and beyond. New community facilities have also been built and school grounds were reopened outside of school hours as green ‘oasis yards’, containing newly-planted trees and other amenities.

The ‘15-minute city’ concept has been around for longer, but Mayor of Paris Anne Hidalgo first proposed it for her city during her 2020 re-election campaign and started implementing initial renewals and upgrades during the COVID-19 pandemic.

Impact of the initiative

The project has helped pedestrianize and ‘green’ certain areas of the city, but it is far from being fully implemented in the entire city. For now, places like the Champs-Élysées have been refurbished, but millions of residents throughout the city have not yet seen significant changes in their neighbourhoods.

Find out more about the initiative
Read all insights from France
Manage Cookie Consent
We use cookies to optimise our website and our service.
Manage options Manage services Manage vendors Read more about these purposes
View preferences
{title} {title} {title}