The RESISTIRÉ team, supported by its wide network of national researchers, has concluded its first cycle of in-depth research on inequalities caused by COVID-19 policies. The Summary Report mapping cycle 1 is the first deliverable of the project to be published and shared with the wider public.

The report describes the gender dimensions of the policy and societal initiatives implemented in Europe to counter the pandemic and their consequences on inequalities. Its finding will inform the following research step, where work packages 3 and 4 will focus on developing quantitative and qualitative indicators of inequality, analysing existing data, and identifying gaps to inform further data collection These quantitative and qualitative insights will then inform the co-creation process in the open studios.

During this first research step, our network of 29 national researchers has mapped policy and societal responses in the EU27 (excluding Estonia and Malta), Iceland, the UK, Serbia, and Turkey. In their report, they find that many of the responses adopted by countries did not take into account potential risks of exacerbating gendered inequalities and other intersecting vulnerabilities such as gender identity, nationality, sex, social status, and age.

Out of the nine policy domains covered by the project, the national researchers found that the only domain where gendered aspects were taken into consideration was gender-based violence, with many civil society initiatives and policies addressing the increase in GBV cases resulting from the restriction of movement and lockdown measures. While some countries have responded with policies to raise awareness, strengthen remote support tools, and provide funds to organisations running services and shelters, we also found several others where this issue was not addressed at all.

Another key area of research was work and access to income. In many countries, measures were gradually introduced to mitigate the effects of workplace closures, the need to stay at home, and rising unemployment. However, such measures have often targeted limited segments of the population, leaving specific groups of people and, in particular, women in a difficult position.

The gender care gap as a domain is closely linked to that of labour. We found that measures to contain the virus have had enormous effects on care activities and unpaid work led by women. In addition, the criteria for accessing incentives and benefits have often penalised specific groups, such as the self-employed, people with atypical work contracts, and informal workers, who often are migrant workers. In many cases, measures to address this issue were heteronormative, referring mainly to “fathers and mothers”.

We observed that the pandemic policies impacted the human rights of various categories of people in many ways. In some countries, asylum seekers and migrants, especially those living in camps, were often discriminated against and denied access to essential services. Many women were denied fundamental birthing rights. The Hungarian government’s approval of a constitutional amendment restricting the rights of LGBTQI+ communities during the state of emergency represents an extreme case of how public authorities were able to misuse the pandemic situation in the human rights domain.

An implicit representation of society made up of “traditional” families

The analysis of the national reports and of the mapped policies clearly showed how the priority for policymakers, especially during the first phase of the pandemic, was to balance the protection of public health with maintaining economic production. In several cases, the national researchers pointed out that policies were underpinned by an implicit representation of society as cisgender and made up of “traditional” families, where people enjoy full citizenship rights and have standard employment contracts, and families are composed of two parents and one or two children.

In this layout and within the mapped policies, women were regarded as primarily responsible for unpaid care activities, but also for performing essential jobs such as healthcare workers, domestic workers, cashiers.

Despite the fact that gender mainstreaming has been adopted as an approach in EU policymaking for over two decades, we continue to see that policies are in fact largely not mainstreamed at the national level.

Download the Summary Report on the first mapping cycle 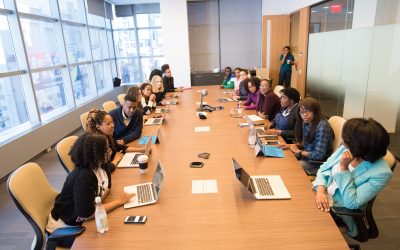 Our team is preparing to host the project’s first-cycle Open Studios, where we will gather with activists, national researchers, policymakers, and NGO representatives in a series of intensive two-day workshops focusing on four thematic areas.

END_OF_DOCUMENT_TOKEN_TO_BE_REPLACED 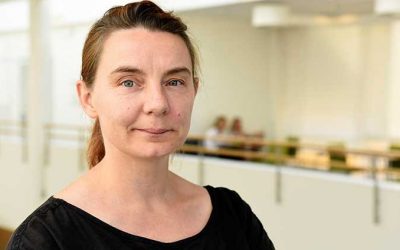 Working towards an ethical recovery. Interview with Sofia Strid

We interviewed Sofia Strid, Senior Lecturer in Gender Studies at Örebro University and scientific coordinator of RESISTIRÉ, to learn why it is important to focus specifically on gendered inequalities caused by COVID-19 policies.

END_OF_DOCUMENT_TOKEN_TO_BE_REPLACED 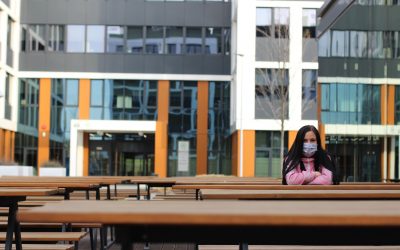 Why gender matters when studying inequalities caused by COVID-19

History tells us that pandemics are not good for equality. While the COVID-19 crisis is exposing and exacerbating inequalities at the global level, early evidence highlights how sex and gender are influencing both the outcomes of the pandemic and its negative impact on inequalities.